Codius fits into the middle tier of the standard three-tier architecture:

Codius is a hosting platform and accompanying client. We generally distinguish two roles:

codius-host utilizes hyperd in order to run applications isolated from each other and from the outside world. 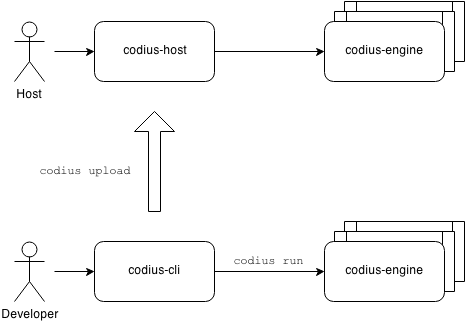